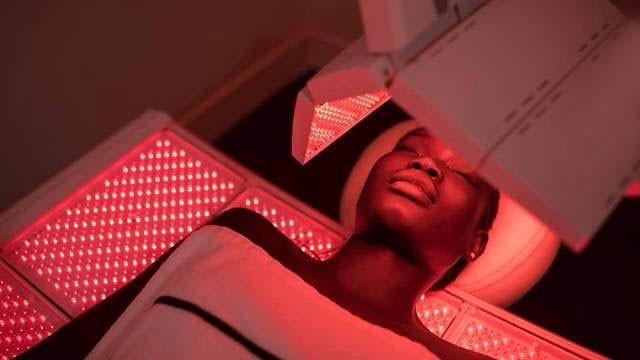 People who are sleep deprived are less creative, less effective at making decisions, and more likely to experience distress and negative mood states (Barnes & Drake, 2015). Loss of sleep can also contribute to inflammatory diseases (such as heart disease) and deficiencies in immunity (Irwin & Opp, 2017). Improving the quality and consistency of sleep is the best way to prevent sleep-related health issues, but this tends to be much easier said than done (Barnes & Drake, 2015). Work schedules, childcare, and other life stressors can make creating healthy sleep patterns seem nearly impossible. If you’re one of the millions of people who struggle to get adequate sleep, red light therapy may be just what you need.

Levels of melatonin are highest at night and lower during the day. Increases in levels of melatonin promote the onset of sleep and help set the internal clock that informs your sleep-wake cycles. That is, the fluctuations in melatonin help your body decide when it is time to be sleepy and when it is time to wake up. Melatonin levels begin to rise about 2 hours before your body says it’s time to sleep and peak about 5 hours after that. Frequent changes to your sleep schedule can disrupt your sleep-wake cycle, leaving you drowsy when you want to be awake and awake when you want to be asleep- just like what happens when you’re jet-lagged (Barnes & Drake, 2015). If the amount of melatonin released from the pineal gland is consistently low, sleep disorders, such as insomnia, may emerge (Xie et al., 2017). Additionally, low levels of melatonin are associated with poor quality or non-restorative sleep. In other words, the kind of sleep that still leaves you foggy and fatigued in the morning (Zisapel, 2018).

Red light therapy has been shown to increase melatonin levels and improve the duration and overall quality of sleep (Gilbert et al., 2015; Murphy et al., 2019). For example, a study investigating the effects of red light therapy on athletes found that 30 minutes of red light every night for two weeks led to an elevation of the participants’ melatonin levels, improvements in the quality of their sleep, and increases in their overall endurance (Zhao et al., 2012). Another study found that treatment with red light led to both an improvement in sleep quality as well as cognitive enhancements (Bogdanova et al., 2014). 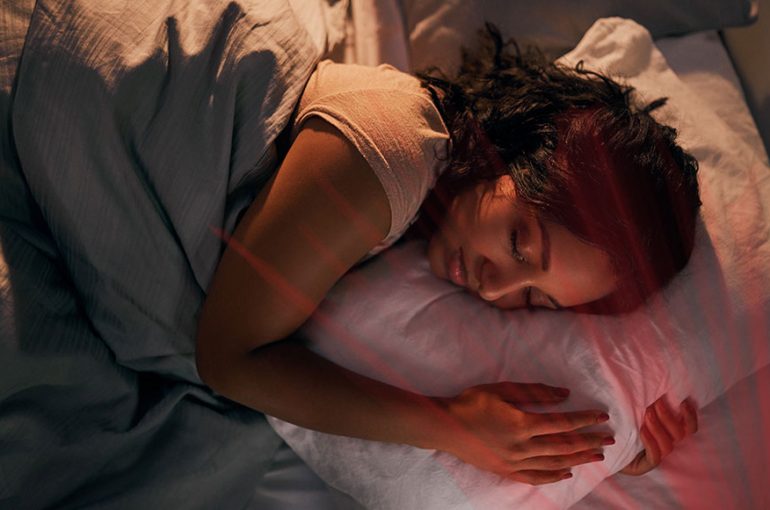 Good, consistent sleep is critical for a healthy body and a healthy mind. Sleep deprivation can lead to all sorts of negative consequences such as depression, cardiovascular disease, and immune deficiencies. However, knowing how important sleep is doesn’t make it any easier to come by. Work schedules, stressors, and disorders like attention deficit hyperactivity disorder and post-traumatic stress disorder can make getting enough sleep seem nearly impossible. By increasing levels of melatonin- the hormone that regulates sleep- red light therapy can improve the quality and duration of sleep, leaving you happier, healthier, and more alert.

a study investigating the effects of red light therapy on athletes found that 30 minutes of red light every night for two weeks led to an elevation of the participants’ melatonin levels, improvements in the quality of their sleep, and increases in their overall endurance - Zhao et al., 2012.